Slewing bearing rolling elements and raceways are easy to damage and fail, and their failure rate is high. During the use of the excavator, adding grease to the raceway can reduce the friction and wear among the rolling elements, the raceway and the spacer. The space of the raceway cavity is small, and the resistance to filling grease is large, so manual filling with a manual grease gun is required. The lubricating oil nozzles of the slewing bearing raceway are generally distributed at the position of the outer wall of the slewing bearing.

The raceway cavity is generally lubricated with 2# file-based grease, and the grease filling cycle is generally 100h. Under special working conditions such as high dust, high temperature, and continuous operation, the filling cycle should be appropriately shortened. When adding grease, it is necessary to rotate the slewing bearing, and add it about once every 15°~25°. When filling, pay attention to observe the outer sealing ring of the slewing bearing. When you see grease seeping out from the outer sealing ring, stop filling.

When the raceway cavity is filled with grease, bad filling methods such as "refueling in static state" and "single-point oiling" should be avoided, because the above-mentioned bad filling methods will cause local oil leakage of the slewing bearing, and even cause the oil seal of the slewing bearing to become permanent. Damaged, resulting in grease loss, impurity intrusion, and accelerated raceway wear. Be careful not to mix different types of grease to avoid premature failure. 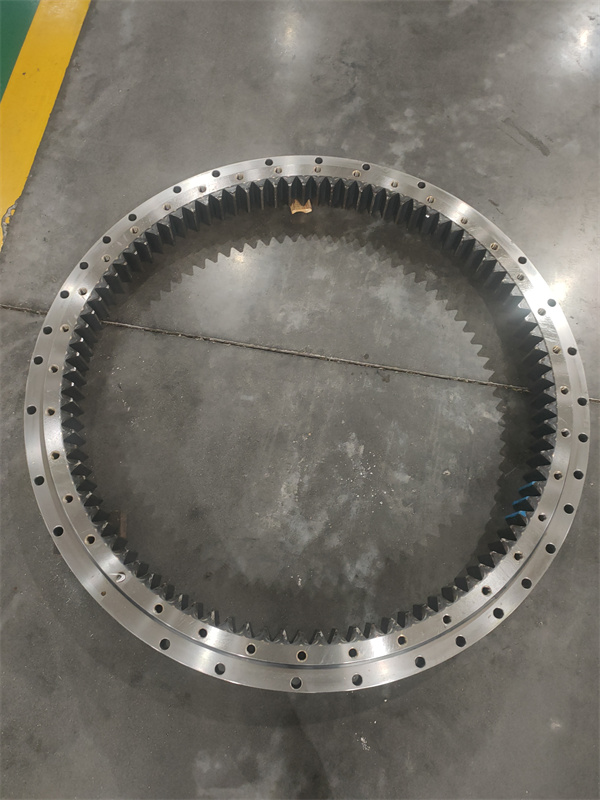 2. Maintenance of the gear meshing area 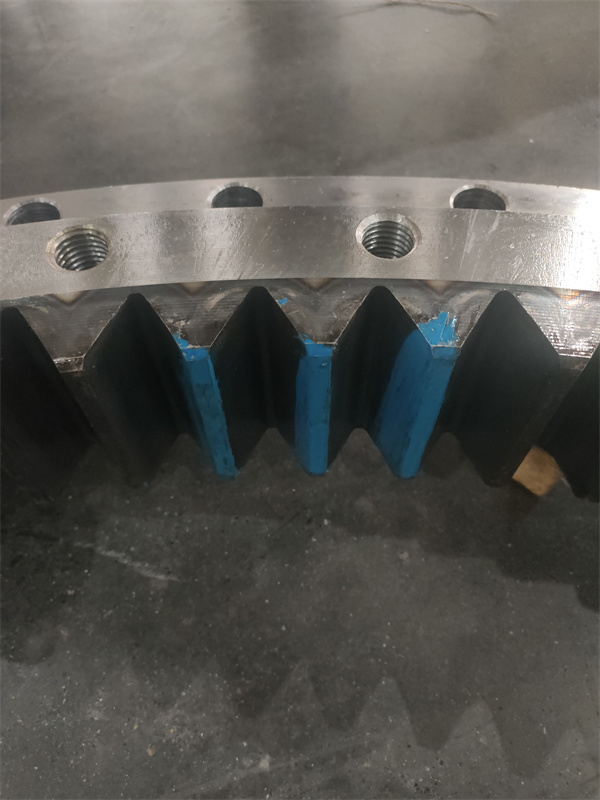 During the use of the excavator, you should always check whether the inner and outer oil seals of the slewing bearing are in good condition. If they are damaged, they should be repaired or replaced in time. If the sealing ring of the rotary motor reducer is damaged, the gear oil in the reducer will leak into the lubricating cavity of the ring gear. After rising, the grease will be thinned, and the thinned grease will be pushed to the upper end face of the inner gear ring, and penetrate into the raceway through the inner oil seal, causing the outer oil seal to seep and drip oil, resulting in rolling elements, raceways and outer Accelerated damage to the oil seal.

Some operators think that the lubricating cycle of the slewing bearing is the same as that of the boom and stick, and it is necessary to add grease every day. In fact, this is wrong. This is because adding grease too frequently will cause too much grease in the raceway, which will lead to the overflow of grease at the inner and outer oil seals. At the same time, impurities will enter the inside of the slewing bearing raceway, accelerating the wear of the rolling elements and the raceway.

Some operators think that the greater the force when the slewing bearing bolts are tightened, the better. In fact, when the tensile force on the bolt exceeds the tensile strength of the bolt itself, the pre-tightening force will not be formed. In order to ensure the reliability of the bolt work, it should be tightened according to the provisions of the pre-tightening torque of the type of bolt. For bolts with a strength of 10.9, a flat washer with a material of 45# steel, quenched and tempered at medium temperature, and a hardness of HRC39 should be used. Spring washers are prohibited.

If 10% of the bolts of the slewing bearing are loose, the remaining bolts will be more stressed under the action of tensile and compressive loads. Loose bolts will generate axial impact loads, resulting in increased loosening and more bolt loosening, resulting in bolt breakage and even machine crashes. Therefore, after the first 100h and 504h of the slewing bearing operation, the bolt pre-tightening torque should be checked. After that, the pre-tightening torque should be checked once every 1000h of work to ensure that the bolts have sufficient pre-tightening force.

After repeated use of the bolt, its tensile strength will be reduced, although the torque when it is reinstalled meets the specified value, but the bolt pre-tightening force after tightening will also be reduced. Therefore, when retightening the bolts, the torque should be 30 to 50 N•m larger than the specified value. The tightening sequence of the slewing bearing bolts should be tightened multiple times in a 180° symmetrical direction. When tightening the last pass, all bolts should have the same pre-tightening force. 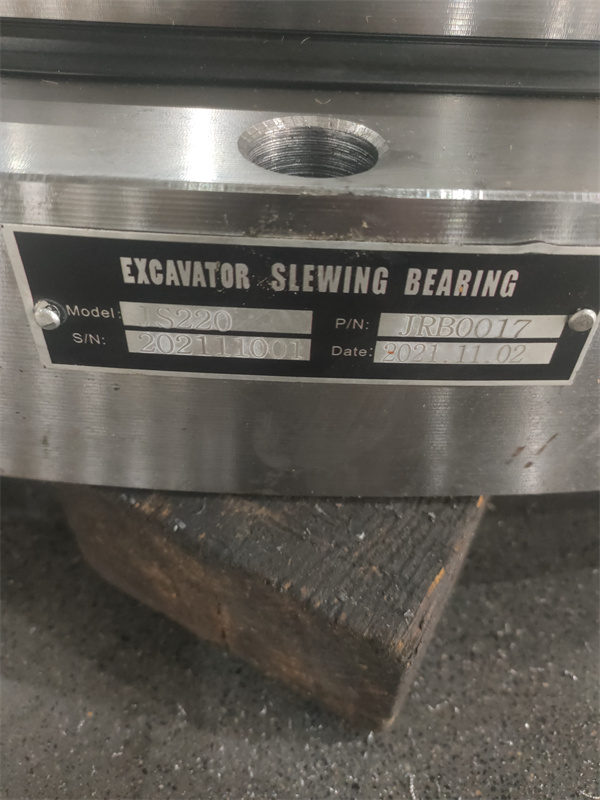 When adjusting the gear gap, pay attention to observe whether the connecting bolts between the rotary motor reducer and the rotary platform are loose, so as to avoid the gear meshing gap being too large or too small. This is because if the gap is too large, it will cause a large impact force on the gear when the excavator starts and stops, and it is prone to abnormal noise; if the gap is too small, it will cause the slewing bearing and the slewing motor reducer pinion to get stuck, even lead to broken teeth.

The slewing bearing is blocked for the disassembly and assembly of the rolling elements. The positioning pin is of conical structure, which is used to fix the blockage and prevent the blockage from moving. The blockage is located at the non-load bearing position of the slewing bearing, on both sides of the main load plane.

7. It is forbidden to wash the slewing bearing with water

In short, after the excavator has been used for a period of time, its slewing bearing is prone to noise, impact and other faults. The operator should pay attention to observation and timely inspection in order to eliminate the fault. Only correct and reasonable maintenance of the slewing bearing can ensure its normal operation, give full play to its performance and prolong its service life.